In the report Loxone Smart Home Academy from 09.04.2020 the further development of the Smarthome Democase was already mentioned, in which the acquired knowledge of the training is directly integrated. The Smarthome Democase is a mobile demonstrator to show interested people for example in schools or care institutions, the advantages of a smarthome with focus on AAL. 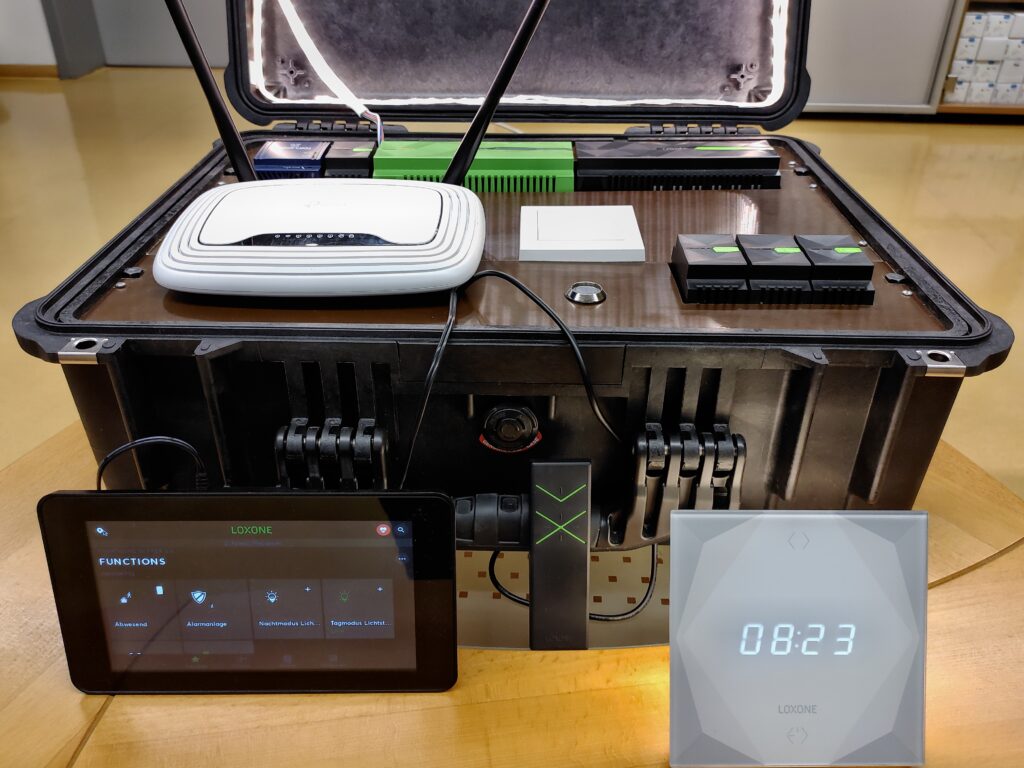 In the time since the training, a lot happened in the development of the Smarthome Democase. Before the training, the functions of the Democase were very basic; the light could be controlled, the alarm function and the alarm clock could be used. In the meantime, other functions have been integrated and the existing ones have been improved. The new functions are divided into three categories: comfort, assistance and safety.

The comfort functions serve to support everyday household activities, these functions include:

The night mode can be activated in the bedroom and adapts several functions in the house. For example, at night the lighting mood can be adjusted to provide a pleasant, subdued light when the lights are switched on. Furthermore, the night mode can regulate the temperature to sleeping conditions.

An electronic door lock has several advantages. The first advantage would be the connection to the complete smarthome system. So, when the door is unlocked, the light in the corridor can be switched on directly and pleasant music can be played. Another advantage, which also focuses on AAL, are the different possibilities to unlock the door. One possibility is, for example, the use of a NFC tag, or a special magnetic key that does not require a keyhole to be hit. An electronic door lock can also increase security by simply deactivating a lost key and not having to replace the entire lock.

The assistance functions can be used to assist in everyday activities as well as for medical problems, this function group consists of the functions:

The use of the alarm clock is not limited to the alarm function itself but can also be used for reminders. The alarm function is more of a comfort function and can initiate a gentle wake-up process at the set alarm time, for example by opening the blackouts and slowly increasing the light intensity. The reminder function can be used very well for assistance, including as a reminder for medication that must be taken regularly.

The third category is safety and is probably the most important group of functions, especially in the AAL field. Safety functions include:

The absence mode is easily activated by a light switch at the exit of the building and has several (security) functions. The first would be the presence simulation, which simulates presence in the building by automatically controlling the light. Another function is to activate the alarm system, which is connected to the whole smarthome system. In addition to the security functions, the absence mode can also control the temperature to save energy in case of absence.

The alarm system can be triggered, for example, in case of a burglary and uses a (up to) three-stage alarm. The first stage is a silent alarm, where the houseowner (if that is desired) receives a notification that something is wrong with the house. The second stage is a visual alarm, where all lights in the building start flashing to signal an alarm to people in the vicinity. The third and last stage is a normal acoustic alarm.

The AAL alarm can be triggered in case of a fall or other emergency. The fall can be signaled by an emergency button or by a sensor that detects falls (the latter is still in development for the Democase). In case of an emergency, as with the alarm system, the house can start flashing, or a rescue chain can be set in motion.

To make the demonstration of the Democase as practical as possible, two methods frequently used in participatory research were applied. A persona, a fictitious person reflecting the target group, and a user day based on the persona were created. By using the user day, the usage of the functions of the Democase can be shown in a typically daily routine. There has already been the possibility to present the Democase in the lecture AAL in Ergotherapy in an online setting. The Democase was very well received by the participating students.

As soon as the current situation allows it again, the presentation of the Democase in nursing facilities, schools and congresses can be started. The goal is to give an insight in the topic of smarthomes with the focus AAL to interested people. 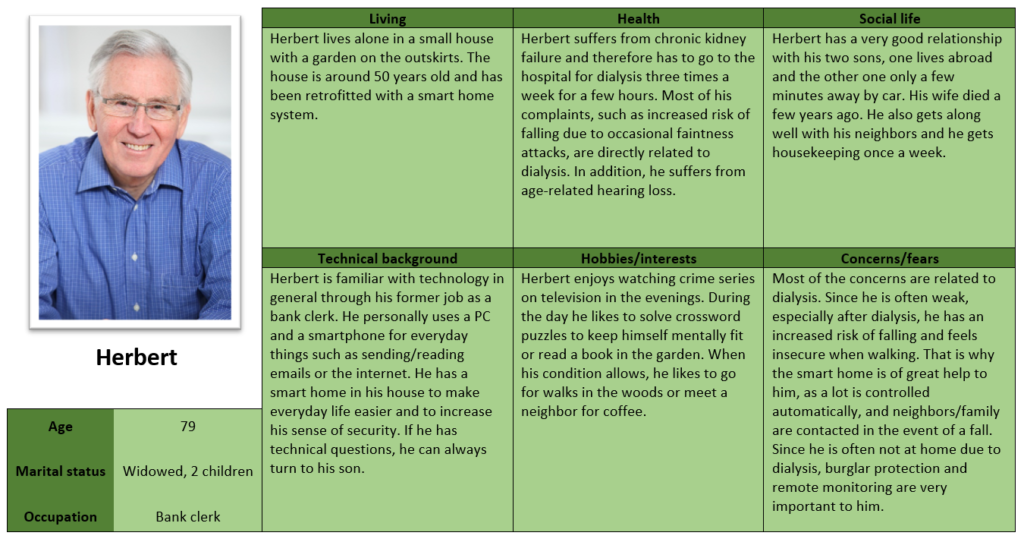 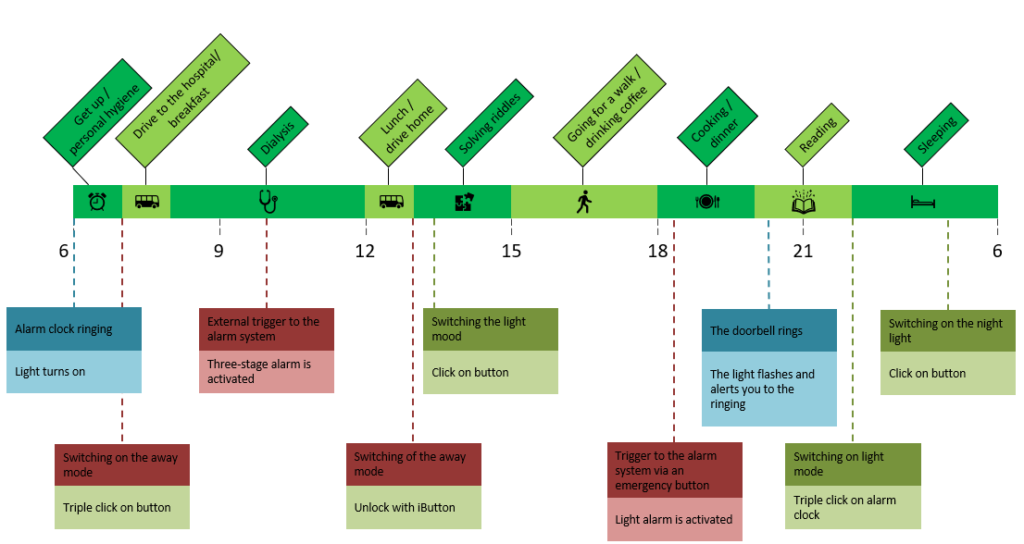